Today it was great not to have to get up and have the car packed to leave by 8am as we have 2 nights in Tashkent.

We headed off for a tour of the city at 9am. Our first stop was the Barakkhan Madrasah which was once a centre for islamic teaching. It now houses craft masters in small shops. An interesting explore.

We also visited the Kaffal Shashi Mausoleum and the library of Islamic literature which houses the Holy Koran book from the 7th century. It was fascinating to see this old manuscript under glass written on deer skin. It was also intriguing to view the other old books of the Koran from different centuries. Quite a library!

We walked from here to the Bazaar and the size of it made Bishtek’s of a few days ago small! Bread was being baked and the spices, meats and vegetables etc were intriguing. 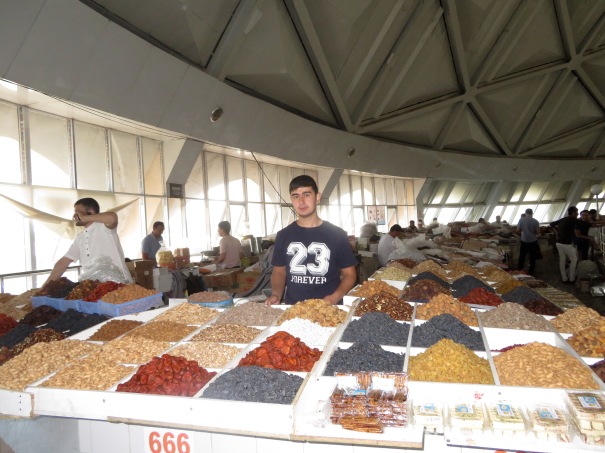 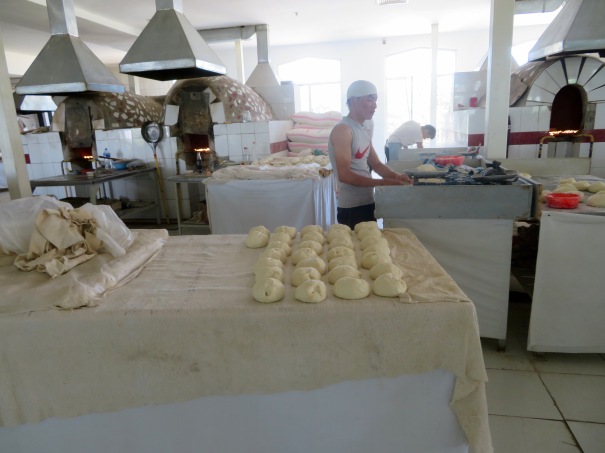 A walk through the back streets allowed us to see the local city homes and the way most were built with mud and daub. Traditionally there were no windows opening onto the alleys and the rooms inside go off a central courtyard.

We caught the metro to 2 different stations where the decoration of the station walls represented the space program in one and a famous Uzbek poet in another. Fascinating to see each station different. Much more exciting than the Sydney stations!

Independence Square and the War memorial completed our tour. Both were interesting but the War memorial with its engravings of all those who died in World War II and the eternal flame and sculpture of the mother waiting her son and husband’s return was very moving.

Ian did some extra walking and visiting the Tamerlan museum.

Search
Other Links
Group Website http://mgsilkroad.mgcc.com.au/ Clare "Dash B" Blog https://www.theclares.net.au/ Message I will work out how to make these active links but in the meantime please copy and past into your browser
Recent Posts
%d bloggers like this: