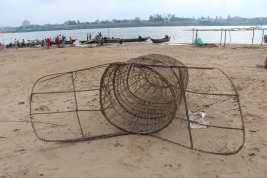 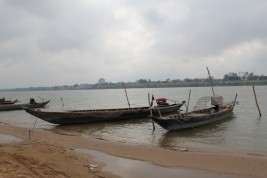 After enjoying a simple breakfast we needed to make the journey back to our cars. We had a very enjoyable tuk-tuk and motor cycle ride past simple farming villages, across the sand to the boat pontoon. It was interesting to see the fishing and  river side daily life just going on. Our “tourist” group was barely a distraction.

After crossing back across the Mekong we were reunited with our cars. All safe and sound we are pleased to report. We headed North along the Mekong River bank and after 45 minutes stopped for another boat ride. Here we were able to see the Mekong River Dolphins, although someone said the official species is Irrwaddy Dolphins so must have been a long swim from Burma. These fresh water dolphins were more round nosed than the ocean Dolphins we are more familiar with. 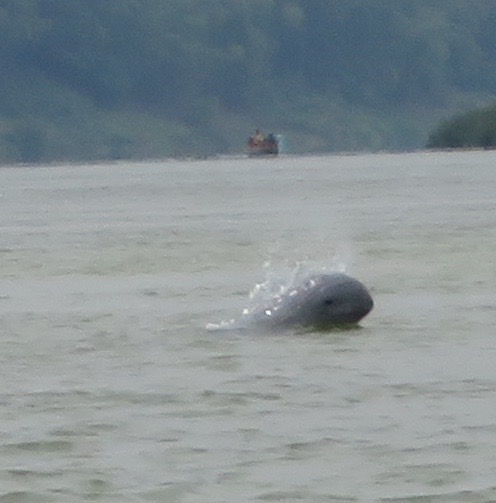 It was hot drive North to the Laos border. There was almost no commercial traffic despite huge customs/immigration buildings. The road had deteriorated to mostly dirt for last 20km. The immigration process was a relatively quick , less than 2 hours which having to handle cars and people at 2 countries is not bad.

Once in Laos the roads were better and traffic less so it was a relatively easy drive to our hotel on Pakse.  We have seen a couple of large “gold” Budda statues on hillsides.

Sunset was over the Mekong 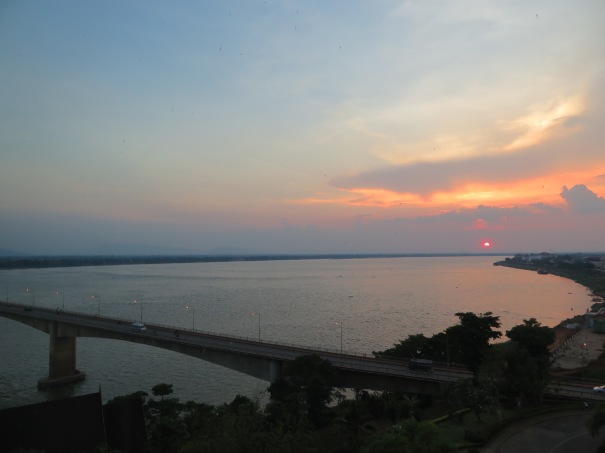