Leaving the hotel by bus early we made the drive out to the Great Wall…the section called Mutianyu. There were several choices to get up to the wall…cable car or chairlift or of course walking. With only a few hours we chose the cable car and bought a return ticket. What an amazing construction. We walked left for about 2 kms and the last stretch has my legs still screaming. it was a very steep uphill climb…but we did it! 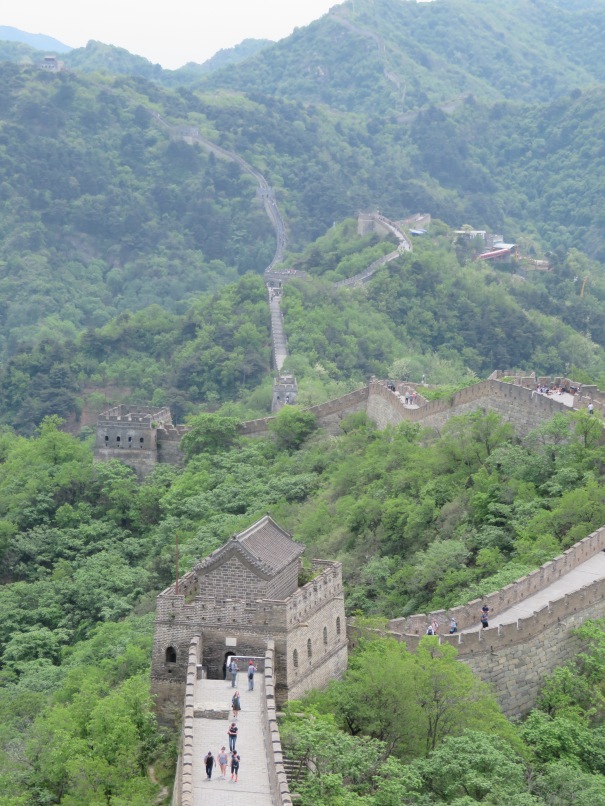 Then it was return to the cable car and walk in the opposite direction. What spectacular views and of course many photos of the great wall. So we didn’t have to retrace our steps, we descended using both the toboggan (Ian) and the chairlift (me) and had time for a quick bit of lunch before our rendezvous time at the bus. 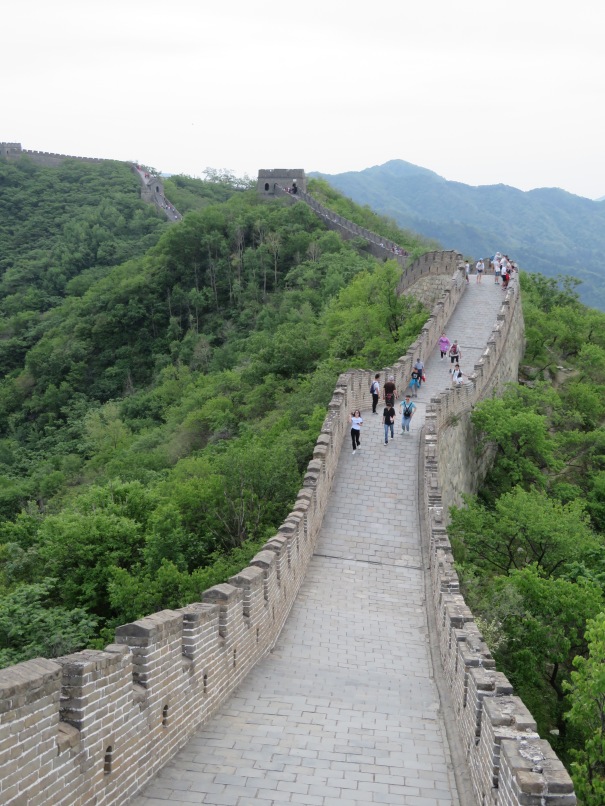 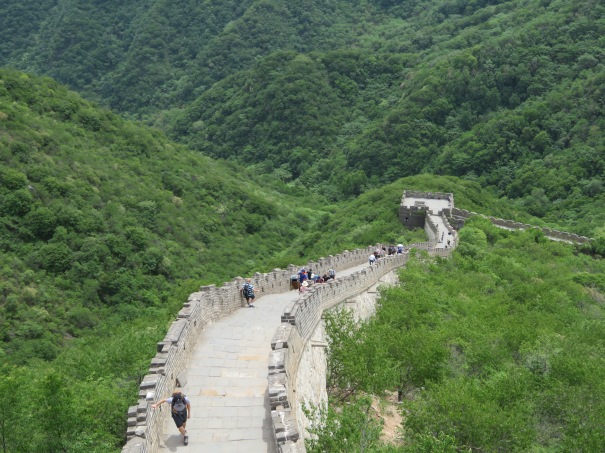 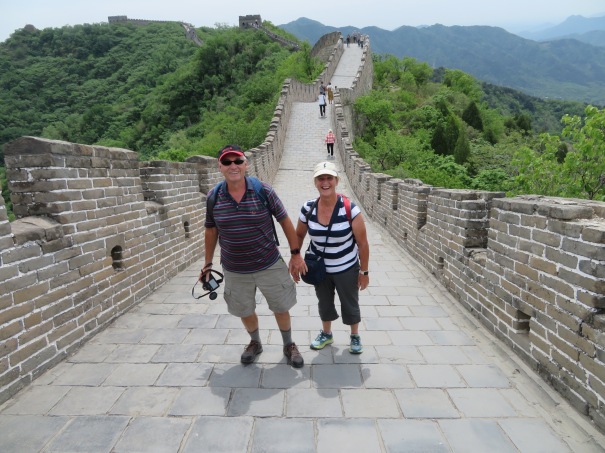 Onwards…we then visited the Ming tombs. The two largest tombs open to the public are Chang Ling and Ding Ling. Both were interesting. The difference is the burial in Ding Ling was underground and the only tomb that has actually ever been opened. We were able to walk down into the underground resting place. 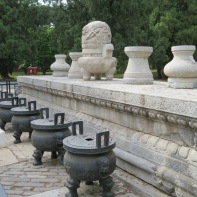 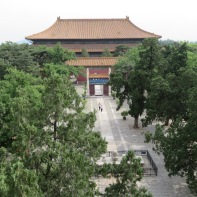 The bus was late back to Beijing and our dinner reservation at Qiamnmen Quanjude Roast duck restaurant we thought was not possible. However arriving at 7.30 for a 6.30 reservation, I was asked if we had one and of course said yes. Glancing to where others were waiting , it appeared the queue numbered about 50! We were instantly shown to a table!

The meal of Peking duck was wonderful and with a chef carving the duck at the table it all added to the event.

Search
Other Links
Group Website http://mgsilkroad.mgcc.com.au/ Clare "Dash B" Blog https://www.theclares.net.au/ Message I will work out how to make these active links but in the meantime please copy and past into your browser
Recent Posts
Loading Comments...
Comment
×
<span>%d</span> bloggers like this: